How Orthodontics and Smile Treatment Started and Progressed.
Request an Appointment 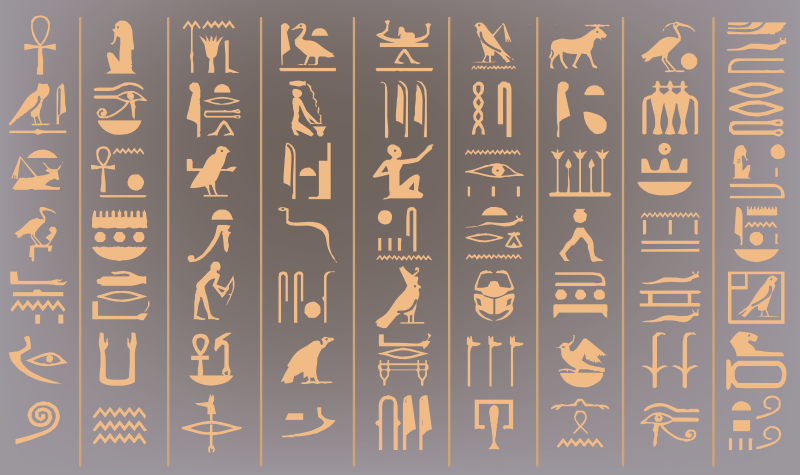 A Brief History of Braces

Straightening teeth has been a concern since ancient civilization, however modern braces, as we know them, were developed over the course of a couple centuries.

As far back as 300 BC Greek philosophers like Aristotle and Hippocrates debated ways to achieve straighter teeth. Archaeologists discovered evidence of archaic attempts to adjust or maintain positions of teeth in the Egyptian, Etruscan and Roman remains. Mummies were found with teeth wrapped in catgut (cord of animal intestines fibers). Etruscan and Roman remains revealed gold bands and wire binding the teeth.

Various materials and approaches were used throughout the ages in efforts to maintain and move teeth, properly space them, and prevent collapse. Orthodontic appliances have been made of gold, silver, zinc copper, ivory, bone, vulcanized rubber, wood, fast forward to our current day braces of stainless steel, elastics, adhesives, ceramics and advanced plastics.

The Early Days of Dentistry

A Roman named Aulus Cornelius Celsus (25 BC – 50 AD) documented his theory in practice of straightening his own teeth by regularly applying pressure to certain points by hand. Celsus’ archiving of his attempts to treat teeth irregularities is recognized as the beginning of dental research, but the field didn’t truly take off until the 18th century in France.

French physician Pierre Fauchard (1678 – 1761) is sometimes called the father of dentistry.  His “blandeau” was a revolutionary retainer like device that shifted the teeth and could expand the palate. He was also known for using forceps to realign teeth by force before tying them to adjacent teeth in order to keep them in desired position until healing in place. Another Frenchman that helped advance the dentistry field was Ettiene Bourdet (1722 – 1789). He was the King’s dentist at the time and became famous for devising a new method of extraction to address crowding issues.

The Development of Modern Orthodontics

Edward Angle (1855 – 1930) is considered the father of modern orthodontics. The American dentist greatly impacted the field by identifying the true properties of malocclusions (misalignments) of the teeth and jaws, and devising a simplified classification system for occlusal conditions. He is responsible for founding the distinct branch of dentistry, organizing the world’s first college of orthodontics, and the first orthodontic journal.

Angle invented and secured patents for over 35 different tools and appliances to treat a variety of malocclusion and sold these prefabricated orthodontic appliances as “Angle systems” for other orthodontists to buy and use in their practices. One of Angle’s orthodontic innovations was the metal bracket, which is widely recognized as the basis for modern braces.

It took many more professionals over centuries to fully develop the modern design of braces as we know them now. In the 19th century, Christophe-Francois Delabarre created a wire ‘crib’ that was placed over the teeth to keep them in place. Dr. Edward Maynard added elements to help adjust jaw alignment. A few decades later S.C. Barnum invented the dental dam, a thin piece of latex formed to the teeth to protect the gums during dental work including fitting braces. Henry A. Baker combined many of these techniques to make progressively advanced braces.

Modern braces design moves teeth by constant gentle pressure achieved by a combination of brackets, arch wire, and ligature elastics. It wasn’t until the 1970s that the innovation of an adhesive to apply to the front of each tooth that made braces significantly more comfortable and achieved results much faster. This new step in the design made it easier to move individual teeth in different directions and make adjustments more easily as the changes occur.

The most recent advances in braces are ceramic braces and Invisalign, which both feature a more discreet appearance than traditional orthodontic devices. However, traditional metal braces still remain an ideal treatment for many cases, delivering fast, effective results that will make you smile.

To find out what braces are best to straighten your teeth, call Orthos Boutique Smiles in Southlake, TX, at 817-488-1150.

Get things started with the form below.
Request an Appointment
Online / Text Us

"Doctor Obeid and his staff were very professional and compassionate with me. They are always accommodating and made time to see me whenever I needed it. Highly recommend them. Great service and friendly staff."
- Tiffany Landgraf
"We absolutely LOVE Dr. Obeid. What a gentle soul. His staff is so friendly, always big smiles. Dr. Obeid is available any time, you can always reach him if you’re having an issue with wires etc... He’ll meet you at the office if he’s not working. I only have one child in need of braces and two more to follow. I could not imagine taking my kids anywhere else. Extremely happy with Dr. Obeid! ;))"
- Shalene Fote
"We have been very happy with Dr. Obeid. He is very professional, knowledgeable, and also trustworthy. His staff is very friendly and accommodating and the office looks new, modern and peaceful. We had a fantastic experience, this is our third year with him since we have several kids. I really would recommend him!"
- Monica Eldred
"Dr. Mike is fantastic. His work has been outstanding and I have been very pleased with the results so far."
- Andrew Cain
Previous
Next

Get things started with the form below.
Request an Appointment

CHAT WITH US VIA TEXT

Questions or need to get in touch?  Send a text directly to us and start your conversation.

Please click one of the options below to let us know you have arrived for your appointment.
CALL OFFICE
TEXT MESSAGE
Virtual Consultation